What makes languages difficult to learn?

It is not that easy to learn a new language. There are around 6500 languages in the world. Most of them are difficult languages to learn. English the among the easiest and the most common language in the world. Pretty much the whole world is trying to learn English. 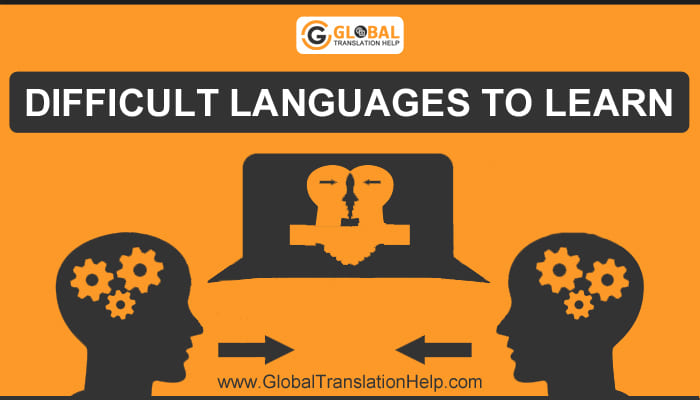 TOP 10 MOST DIFFICULT LANGUAGES TO LEARN IN THE WORLD

Whether you are a person with English- speaking background or not, you will find these the top 10 hardest languages to learn-

Mandarin, a part of Chinese language the most widely spoken language in the world, is however the hardest language in the world. It is very different from other languages in the world. In addition to the Chinese language’s rich homophones, idioms and aphorisms, every sound in Mandarin’s phonetic transcription system pinyin has four distinct pronunciations. Therefore, considering all the factors, Mandarin becomes the top among the most difficult languages to learn.

Arabic is a hard language to learn because of its vocabulary. Moreover, they don’t include any vowels in the writing that makes it hard to provide Arabic translations. Arabic has different dialects, that is to say, Saudi Arabia and Egypt speak different types of Arabic.

Japanese is the single language that takes English people the longest to learn. A learner has to memorize the immense number of Kanji or individual characters. However, it is easier than Mandarin to learn, so that’s a win.

English speaker may face a lot of difficulties while learning the Polish spelling and grammar. However, Polish uses a Latin alphabets, so they are easier to learn for English speaker.

It is a language that has some of the most complex grammar rules. Hungarian might be among the most difficult languages to learn that you will find in Eastern Europe.

Korean is an isolated language that is quite different from other languages in the world. Moreover, in Korean, a sentence is framed as subject- object-action. For example, i write book.

For a English speaker, Urdu is a very complex language to learn. Urdu is written from right to left, and also has flavors of Arabic and Persian.

Finnish also has a complicated set of rules for grammar. Moreover, it is the most hard language to learn in the Nordic region of the world.

Icelandic is a language spoken by a very small community in Iceland. However, instead of innovating new words, they focus of giving new meanings to the old words. Moreover, some of the words are almost impossible to pronounce, and they are some of the longest in the world.

It is not an easy language to learn for an English speaker. It however has similarities to Thai or Khmer, but it can be difficult to learn this foreign language.

So, these are the world’s most difficult languages to learn. If you face difficulties to learn these or any other foreign language you always have the option of language translation, transcription or interpretation.