Difference Between Translator And Interpreter

ROLE OF A TRANSLATOR AND AN INTERPRETER 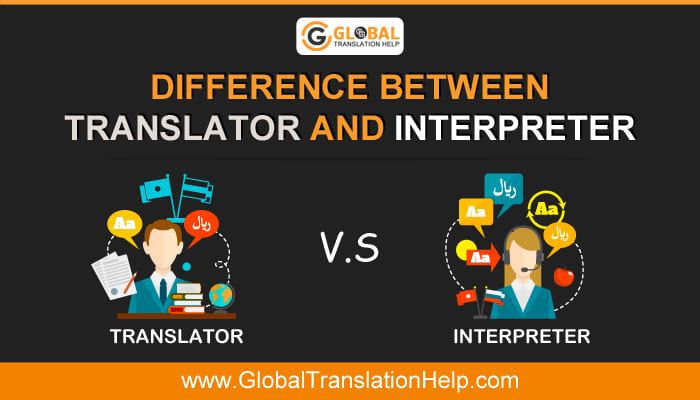 So, once we understand what a translator and an interpreter does, it’ll be easier to differentiate between the two.

DIFFERENCE BETWEEN A TRANSLATOR AND AN INTERPRETER

So, with these points one may differ between translator and interpreter. Further, a professional translator, for instance, may not necessarily have the interpersonal skills to be a fast, excellent interpreter. Also a skilled interpreter will by no means have the attention to linguistic style needed to render a compelling literary translation.

SIMILARITIES BETWEEN TRANSLATION AND INTERPRETATION

So, since translation v/s interpretation is clear , we will now state the points of similarities between the translator and interpreter. In order to succeed globally and expand your business, you must communicate with international audiences. Therefore, making your content resonate in a market’s native language may involve interpretation services, translation and even transcription services, or in some cases all. The following explains how an interpreter is similar to a translator: