WHAT IS THE MEANING OF TRANSLITERATION?

To understand transliteration meaning, let’s first study the definition of transliteration. Transliteration is the process of converting texts or words in the source language into corresponding characters of the target language. 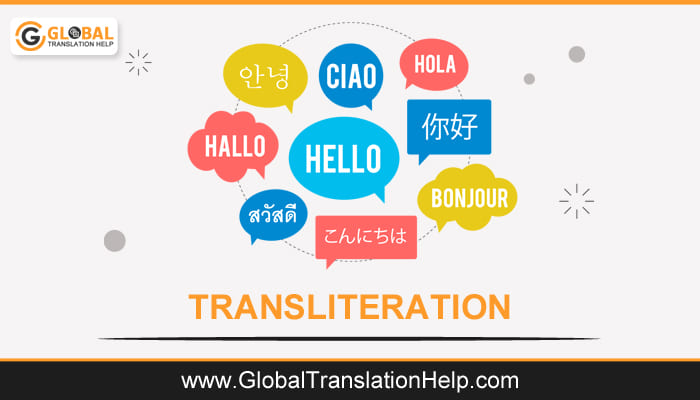 For example, if we transliterate Greek ⟨χ⟩ , it will be ⟨ch⟩ or in Latin ⟨æ⟩ will be ⟨ae⟩. To clarify, it is the process to express the pronunciation of a word in source language in the alphabet of the target language.

Once we understand the meaning of transliteration , it is important to know where we use it. One often uses the process of transliterating  to process the textual data, for instance, in libraries. Therefore, when one search or indexes content, the transliteration process can find the information written in a different alphabet and returns it into the user’s script.

Moreover, transliteration is meant to preserve the sounds of the syllables in words. Therefore, is helpful when one does not know the script of a language but knows to speak and understand. Further, one transliterates when they need to know the names of people or places. For instance, if we are visiting Ukraine, the word transliteration will be “Олександру Козаку” which equates to “Oleksandru Kozaku” which is similar to the sound of the original in Ukrainian.

However, there are different ways of transliterating a name in a given language and so consistency is important. Therefore, check if the person’s name has been transliterated or if they have a preferred version before printing business cards. So, ultimately the purpose of transliteration is to maintain the integrity or pronunciation of the source word.

One often confuses or uses the three as the synonyms, however all three are entirely different from each other. So, the following will be the major points of difference between translation, transcription and transliteration:

However, all these three have the primary motive of removing the language barrier, all three have different process. Apart from these three one may also use interpretation services for live conversion of a speech or audio into another language. Moreover, the provider of these services come under the umbrella of linguists.